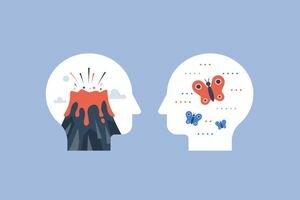 When the graphic video of George Floyd’s murder at the hands of police began circulating, people around the world responded with shock and outrage. In the widespread protests that followed, Americans expressed their collective anger about police violence and the systemic racism that perpetuates it. Although work still needs to be done to overhaul the way police treat people of color, we’re already starting to see that this anger, when channeled into action and calls for justice and reform, generates positive changes that benefit everyone.
The public mobilization that followed Floyd’s murder shows the good that can come from anger. But too often, therapists working with anger focus on controlling and preventing it, rather than finding constructive ways to use it. Instead, clients who express anger are commonly labeled as dysregulated, and treatment focuses on tamping it down.
This speaks to a bigger problem: as a society, we chronically repress our anger.

Make your search using the "all in one" search field or "tags" (key-words) or first letter of title in the index.